Well our day didn’t start off as early as we’d planned… we got off to a little late start and I was grumpy. I don’t think the sushi filled me up enough through the night!

We strolled to the bakery to pick up some ok baked goods and then headed to the bus depot to buy our daily bus pass (5 dollars for the day!). Our first stop of the day was Kinkuji temple… with about a million other tourists. However I must say that there are very few ‘white’ tourists.. most seem to be asian and probably Japanese. I was less than happy to be shuttled like cows through the Golden temple and less than impressed with the gardens. Uh oh.. not a great start to this day.. kyoto has over 2000 temples and most of our 5 days here were to be for those. I was getting a bit nervous as to what we were going to do with all of our time here if this was how the temples were going to be!! 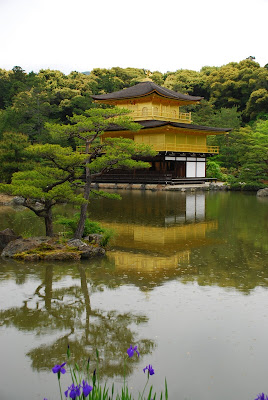 Stopped off at one of the many vending machines to get a drink and figure out our next move! 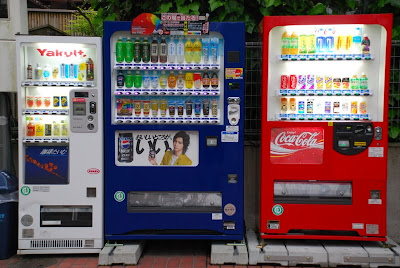 Not sure why we even try to figure out our plan as we just seem to hop on buses and go where they take us! We couldn’t get on the one we had planned, so decided at the last minute to hop on another one! And it was starting to rain…. The rain wasn’t supposed to come until a few days later, but seems we were out of luck and not prepared (umbrellas were back at the room).

This bus took us to Nijo ji castle. In the midst of the downpour we buy our tickets from vending machines and try to wait out the rain. it doesn’t seem to be going anywhere so we just decide to run through it! Finally managed to get inside the castle to dry off and have a look around. This was much more of an enjoyable experience then the last one.. so the day was looking up! We pottered around inside for a while, then wondered around the gardens enjoying the cooler day.

It’s time for lunch again… Always a delima for us it seems. Nothing was really around, our feet were already starting to hurt and hunger was setting in. We tromped along for a good 2km before deciding we should just hop a bus and head back to the Sanjo arcade area! Good choice! We found a great french bakery that did baguette sandwiches. This was just to tide us over until we found somewhere else. Of course it ended up being lunch as we got sucked into this wonderful covered market area – Teramachi! In the midst of thousands of shops are little temples tucked away – some with beautiful buddhas. We spent the rest of the afternoon just bopping around here. Folo bought a holga camera (same maker as his fisheye), i bought some leggings and some cool face wipes. Last shop we went into was a cool Japanese designer shop. I had been scared all day to even try anything on since most of the Japanese girls are so tiny! But in this shop I found a nice dress/long shirt that was so cute. I didn’t even think about it, but went over and tried it on — it fit!! It wasn’t so expensive.. nor cheap! Some of the clothes in there were well over 300 USD, so I was happy with my moderate purchase. Overall it was a wonderful experience. It seems we really like doing window shopping and just watching regular people go about their day.

After shopping, we decide to head back to our area and get some food. The wind is whipping up and its getting down right chilly out!! But we are loving the cool weather and want to get back to put our hoodies on since we never get to wear them!

Walking around our neighborhood we happen into a tiny little restaurant and are again welcomed loudly and energetically, so we decide we must stay even if there isn’t anything on the menu we like!! Luckily there is some food for both of us! Paul got raw tuna with wasabi and avocado and i got veg tempura! Yeah!! 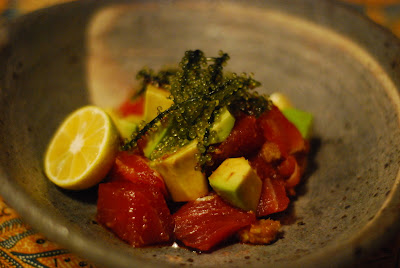 Our waiter was so sweet and cute with us trying to speak japanese — he just kept saying thank you in english anytime we spoke in Japanese!! So after a lovely real japanese meal we head off to the slot machine shops that are all over. It was so intimidating though!! There were workers on every aisle and everyone was staring at us and nothing was in English of course. So we booked it out of there and headed back home!

And.. i’m happy/sad to say.. i made it 30 hrs before having my first MSG reaction! I thought it would come after that soba noodle dish the first day, but it didn’t, so I kind of let my guard down and just ate anything and everything! Well… apparently the sauce that comes with tempura or the tempura itself had MSG.. and within 1 hr I was in the toilet back at the hotel vomiting. Oh well.. i knew it would come sooner or later. But it hasn’t discouraged me yet. We’ll just have to keep experimenting! Off to bed, feeling the nice cold air come through the window!